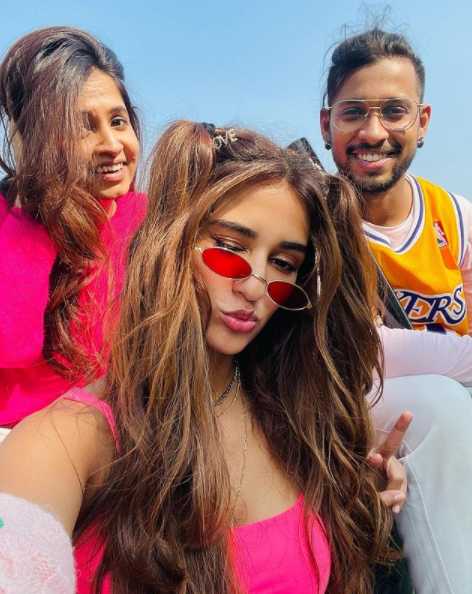 “Here’s a dance cover on certainly one of my favorite song of the 80s,” wrote Disha Patani

When Disha Patani shouldn’t be busy shooting or hitting the gym, she likes to post videos on her YouTube channel. After sharing a tutorial on the dewy make-up look, the actress shared a video from a dance cowl that she made together with Dimple Kotecha and Ankan Sen. Within the video, Disha, dressed in bright outfits, could be seen sporting pigtails as she grooves to the remix model of the traditional music Mere Naseeb Mein, which featured Hema Malini. Sharing the video, Disha captioned it: “Hello everybody! This is a dance cowl on certainly one of my favorite songs of the 80s Mere Naseeb Mein! Had tremendous enjoyable dancing on this with my favorite dancing partner Dimple Kotecha. Choreographed by Ankan Sen. Videographer – Harikesh Kori. Hope you all prefer it.”

The actress was last seen in Mohit Suri’s action-thriller Malang, co-starring Anil Kapoor, Aditya Roy Kapur, and Kunal Kemmu. She will next be seen in Prabhu Deva’s Radhe: Your Most Needed Bhai, which will likely be her second mission with Salman Khan. The duo has earlier co-starred within the 2019 movie Bharat, which additionally featured Katrina Kaif and Tabu. In the meantime, Radhe: Your Most Wanted Bhai will also star Jackie Shroff and Randeep Hooda in pivotal roles. The movie is slated to release on Eid this yr.