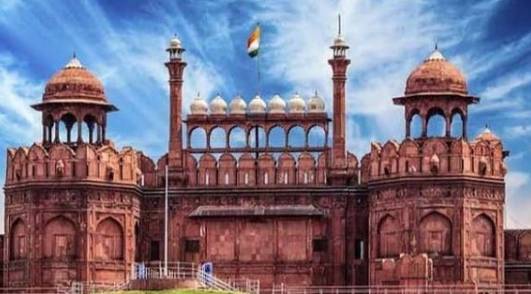 NEW DELHI: The Crime Department of Delhi Police has arrested two individuals, together with a distinguished farmer chief, from Jammu for their alleged involvement in the violence on the Pink Fort throughout the farmers’ tractor parade on January 26.

Jammu and Kashmir United Kisan Front chairman Mohinder Singh, 45, (above) a resident of Chatha space of Jammu city, and Mandeep Singh, 23, a resident of Gole Gujral, Jammu, have been “energetic members” and “key conspirators” within the violence on the historic fort, stated Anil Mittal, extra PRO of the Delhi Police.

Each was traced and apprehended by a team of STARS-1, Crime Branch, and have been booked under varied sections of the IPC Arms Act, try and Murder, hatching a felony conspiracy, creating disharmony amongst varied social, cultural,, and regional teams, disaffection against the government of India, being members of an illegal assembly, armed with deadly weapons, rioting, among others.

The Delhi Police stated they were arrested with the help of the J&K Police.

Based on the police, both of the accused are active members and key conspirators in the Pink Fort violence case. Further investigations are being carried out, they added.

Mohinder Singh’s household, however, claimed that he was innocent and demanded his immediate launch.

“He (Mohinder Singh) informed me that he was known by the senior superintendent of police (Jammu) and was visiting Gandhi Nagar Police Station before his mobile got switched off. Upon enquiring, I came to know that he was arrested by police and shifted to Delhi,” she told reporters.

On Tuesday, farmers blocked the Jammu-Pathankot highway for several hours in protest against the arrests. They dispersed after senior civil and cops led by an additional deputy commissioner visited them and sought a while.

Covid-19 vaccine registration to open for all adults at 4 pm: Right here’s learn how to register